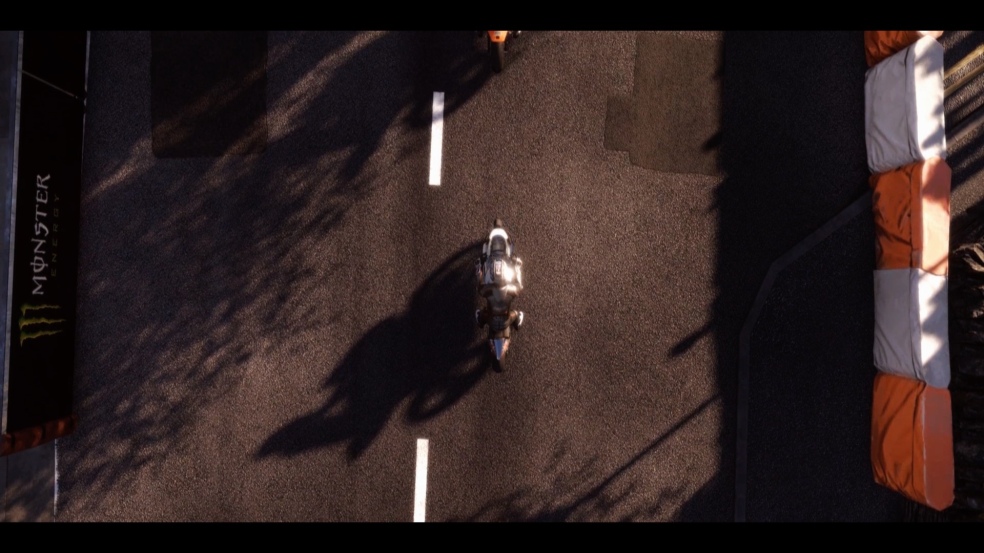 In either case, I’m a sucker for a free game and a few easy achievements, and so with one of this month’s Games with Gold being the TT Isle of Man, I put my metaphorical helmet back on and took to the streets.

To be honest, there’s not a lot different about TT Isle of Man from almost any other motorcycle racing game I’ve played – and I guess that’s not necessarily unexpected, but in an age where driving games like Forza can really innovate, I guess I expected … more. 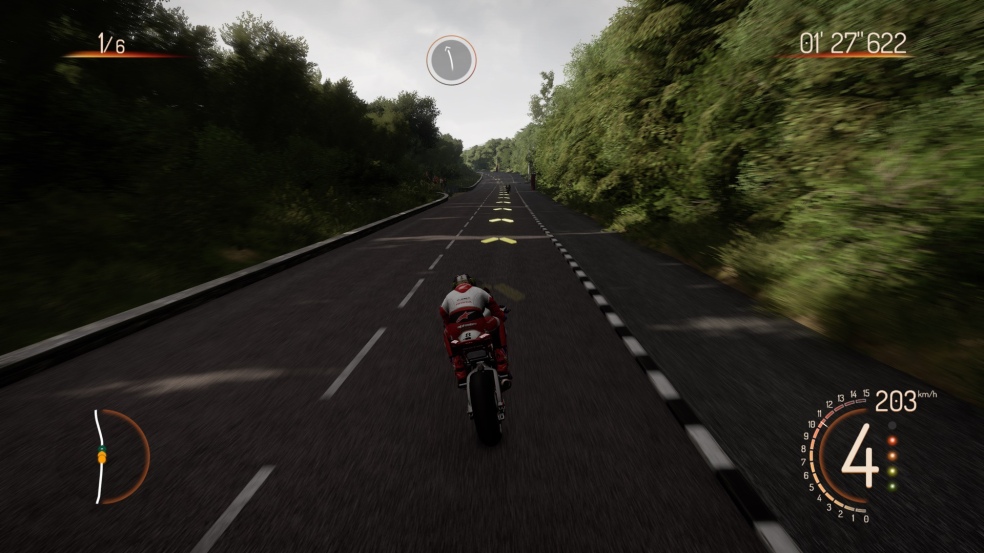 After struggling through the rather bland and long-winded tutorial (it probably wasn’t that long, but boy it felt like it), I did a quick check of the achievement list to see what was a reasonable few challenges to tick off the list. The single lap of Snaefell Mountain seemed to be a reasonable result, thinking that – like other races – it would be a few minutes of bike-riding pain to earn a quick-and-dirty cheevo.

Twenty minutes into the ‘race’ though (and I used the term loosely – it became apparent a few minutes in that I had no chance of being any sort of challenger), and I regretted my decision. Bland environments, terrible compatibility between player and game and just an all-around insufferable achievement, and needless to say I’m glad that I did it and don’t have to do it again.

I’m sure there’s a niche motorcycle racing market out there. 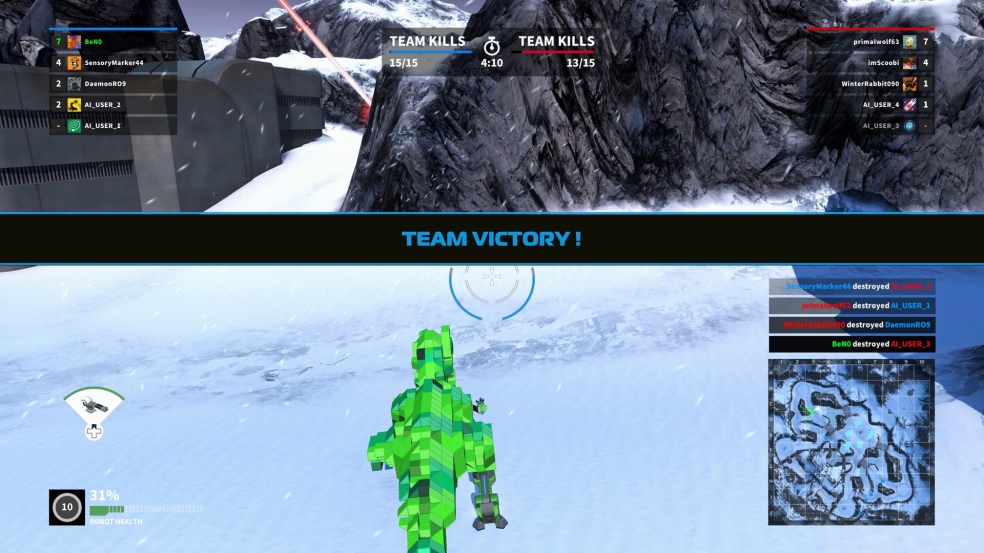 This title from the Xbox Game Pass library is an interesting blend between a mech combat game and some sort of Minecraft-lite crafting mashup. The premise surrounds simply building, or modifying, a mech made up of small blocks and weapons and then taking them into battle.

For the few games that I played, I elected to go with a T-Rex variant of the mech, which seemed to be a fairly solid all-rounder, though I was able to see how handy, for instance, a wheeled mech would be able to capture points quicker, or an aerial mech was able to navigate to enemies easier.

The load times on this title are terrible for something with low fidelity visuals and otherwise basic concept, but it’s not a bad title, and otherwise ‘safe’ for younger gamers to play – with some supervision (it does, after all, have lasers and other weaponry in it). 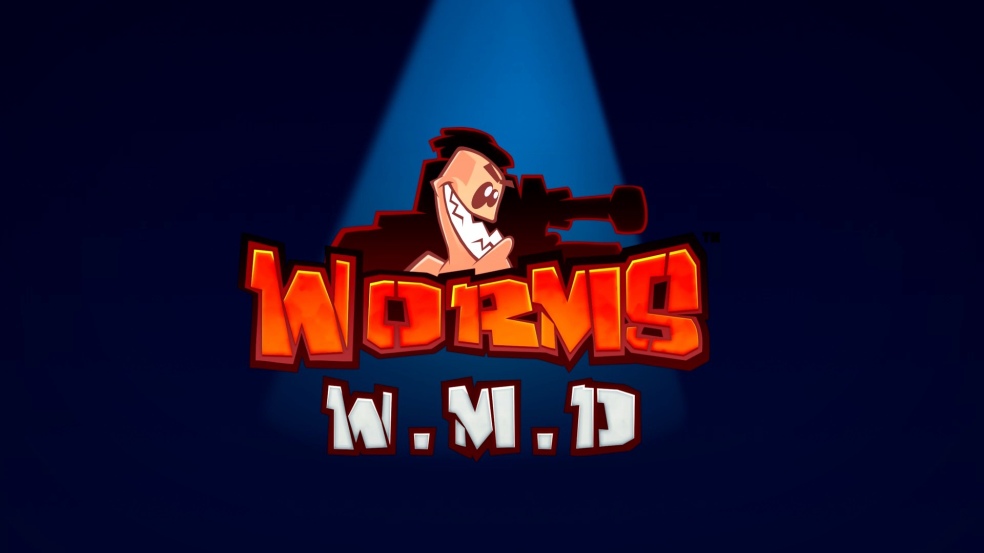 I don’t think there’s a gamer on the planet who hasn’t played, or at least heard, of Worms. It has a timeless formula that, essentially, just lets you experiment with a whole heap of different weapons times and ‘go at it’ with either the computer of a human opponent. 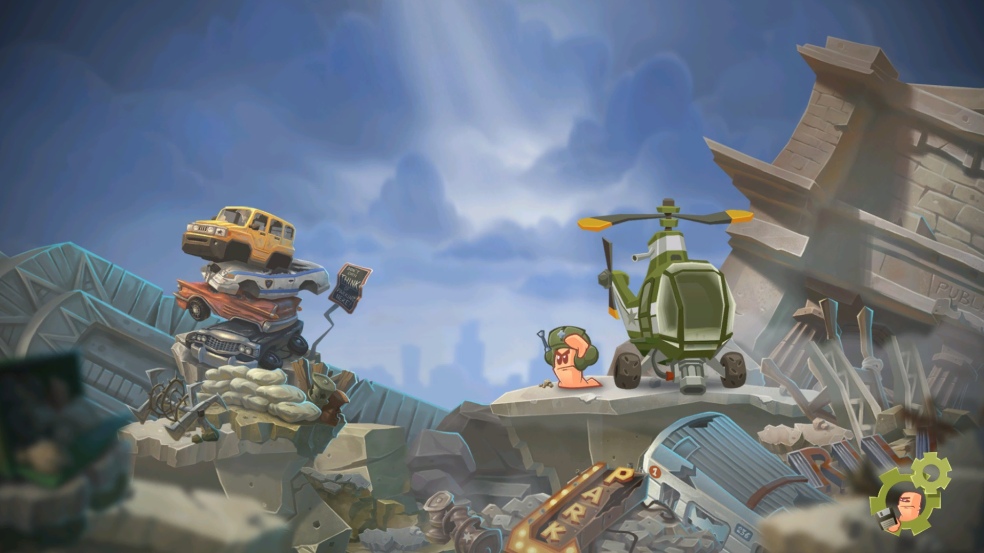 There are varying degrees of expertise in the Worms community. You have people who are so brilliant at lobbing their grenades across the map with the right level of force, the correct angle, and against the wind that they can blow an opponent off the board in a single stroke. There are others that (over)rely on just getting line of sight, lining up a bazooka shot and firing it with an extreme level of force (that doesn’t actually make a difference). 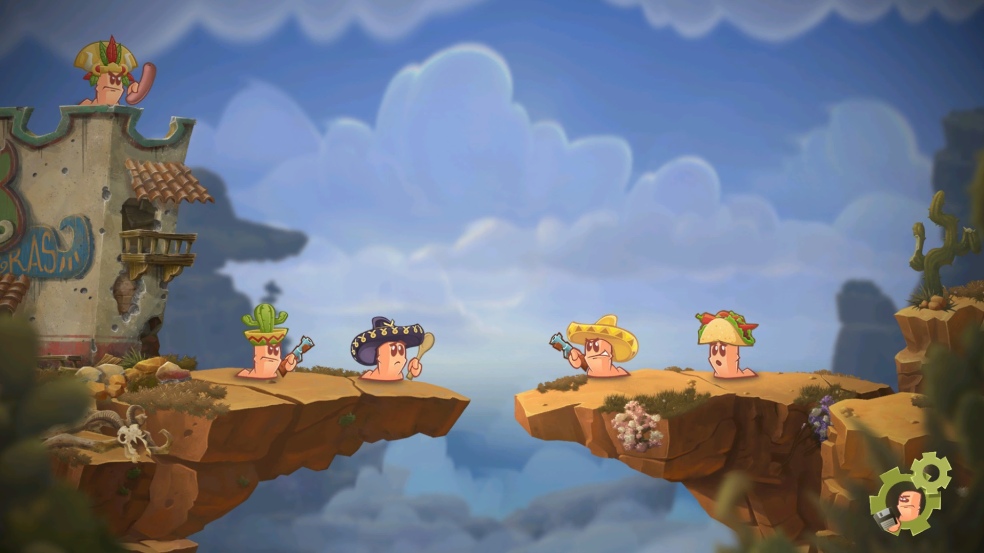 And then, they introduced a Mech! 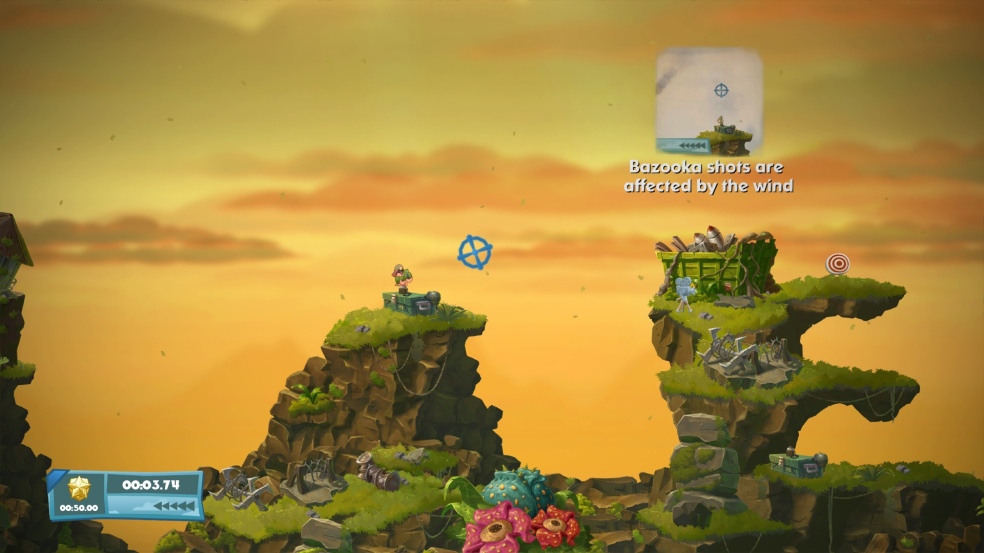 One of my favourite gaming memories is stomping around a desert world playing MechWarrior. I didn’t know what I was doing, and I couldn’t play it very well, but I absolutely loved it. So, now, picture Worms WMD introducing Mechs, and letting me stomp around the level with the same level of joy that was sparked well over twenty years ago. Absolutely priceless.

I feel like I’ve only scratched the surface of this particular Worms, but at the same time, it has such familial comfort that I don’t need to dive too deep without giving my quick-and-dirty assessment on the game: it’s good. It’s the same ol’ Worms, with a WMD lick-of-paint.

To be honest, I wish more games took their winning formula, made them look pretty, and stopped stuffing around with the mechanics. 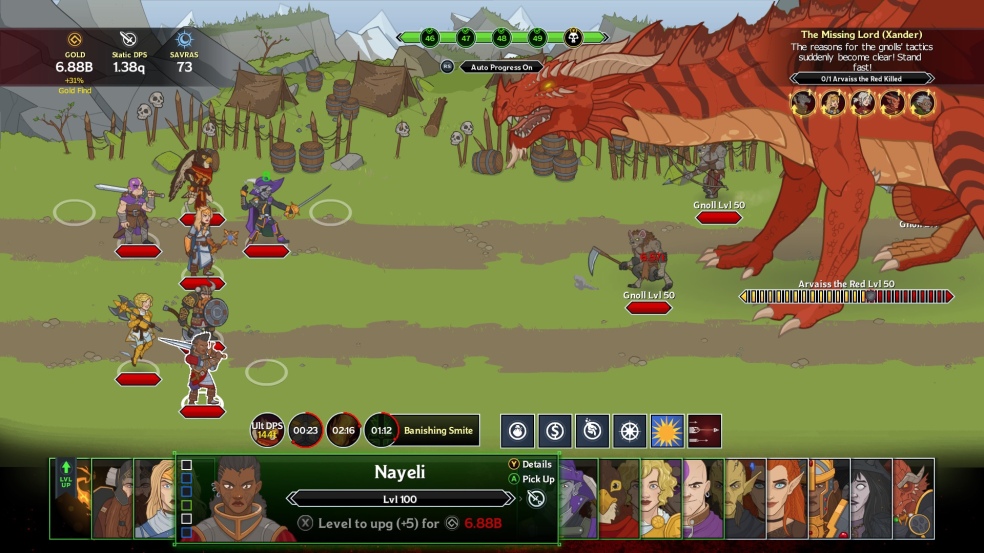 I try and make a point of firing up Idle Champions of the Forgotten Realms once every one or two weeks just to make sure I’m not missing a special event and, more importantly, an opportunity to unlock a special event character. While cross-save would still make this easier, I’ve increasingly become comfortable making my Xbox instance my Idle Champs home.

I’ll admit, Xbox achievements got me through the door, and my time investment in the console version has kept me there.

I enjoyed this latest event because I didn’t feel like it took itself too seriously. While most special events are achievable, some of them make more work than they need to, and this one just simply did not. It had a fun layout for the characters, and a good progress cadence that focussed on getting through it rather than punishing you for the sake of punishing you. 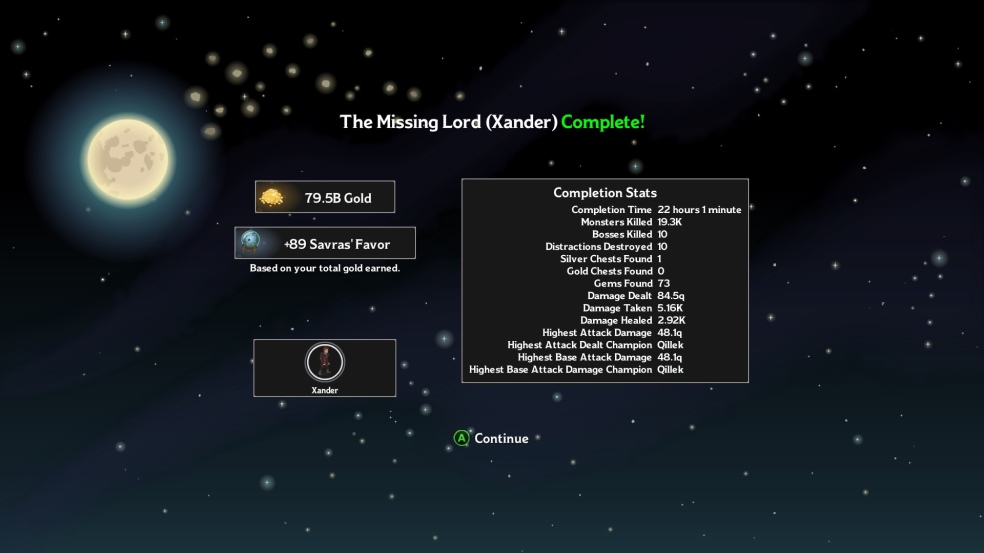 It’s the little things in life. 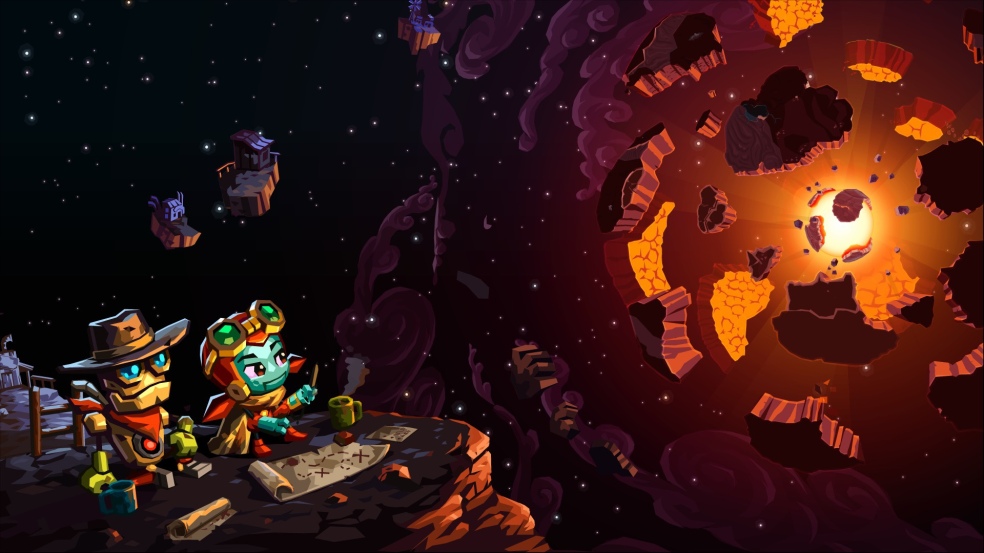 One game that I’ve always been surprised about how much I enjoy has been SteamWorld Dig, and so I went into the sequel with a fairly standard expectation – and hope – that I would, at a base level, ‘enjoy it.’

I didn’t quite expect to love it.

The crew at Image and Form have taken a great concept, and added more fun elements to the mix. In particular the grappling rope and the overcharged jet pack. You would think that the game itself wouldn’t really need much added to it to be enjoyable, but the developers have offered some new puzzles, environments and enemies that make it all worthwhile. Even now that I’ve finished the game – I’ve been spending a lot of time following up with just general mining and upgrading, pursuing some other achievements before I pop this game back on the shelf.

Most of my deaths throughout the game were silly ones, where you curse yourself for a moment before realising you can do better, and then … well … do better. The only frustrating section was, rightly, the final end boss, but it probably only took me four or five gos (admittedly on the lower difficulty) to get it done. The entire game is deliciously accessible for any skill-level.

And so, this brings my SteamWorld Dig 2 journey to an end. I suspect there will be a third outing, given the open ended conclusion.

If the transition from OG SteamWorld to 2 was this good – I can’t wait to see them knock 3 out-of-the-park! 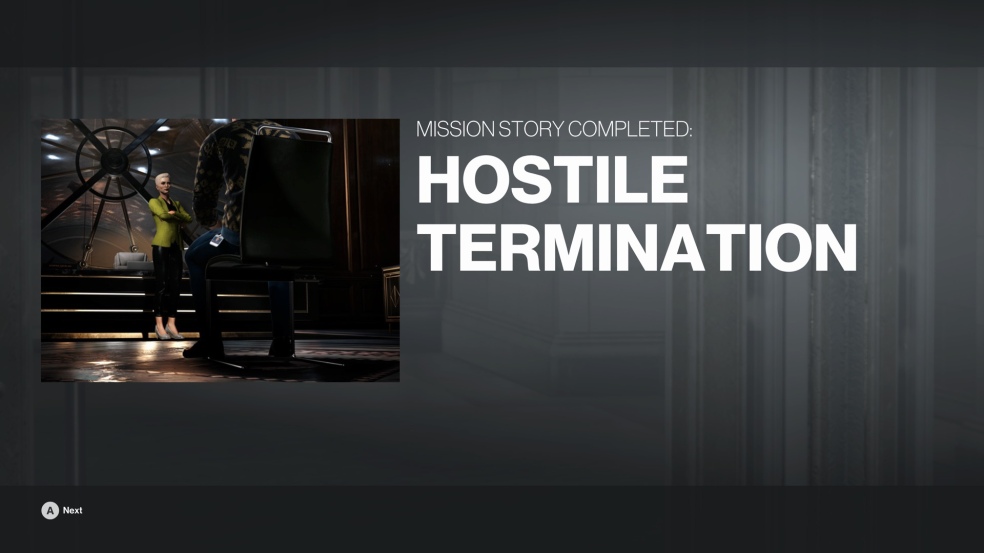 Those who know me, know that I love the Hitman rebooted series – it was by far-and-away my Game of the Year for 2016, and the sequel was pipped-at-the-post for 2018 only by the exceptional masterpiece that was God of War.

What GoW doesn’t do, however, is keep up with a healthy drip-feed of content and love that IOI (which I now chuckle about since I started watching Ready Player One) have given the game ever since they wrestled control of it from Square Enix.

I have to say – if getting out from a big publisher can do this for Hitman 2, I have exceptionally high hopes to see what Destiny 2 can do once free from Activision.

But I digress. Today I want to talk about one of the newer missions in H2, set in a New York Bank. It’s tight, controlled, and offers up a ‘Hitman-lite’ experience when compared to the main game(s). But I have to say, as additional content, I am more than happy for this level of polish. Sure, it doesn’t have the sprawling environment of Sapienza, or the NPC-rich markets of Marrakech, but what it has is story. It has enough beats for 47 to make this feel quintessentially Hitman, and – above all else – it’s fun.

Without much effort, I was able to get through two of the main story angles, and with a bit of blind luck and random button-presses, I managed to clear a few more milestones as well. The mission itself asks you to kill the main bank boss and steal some data from either the safe or off three other bosses in the bank – and while my plan going in was to aim for the safe, as it turned out, I stumbled into those three executives without too much trouble – and so, I killed them, took their hard drives, and then put a bullet in the front of the bank boss lady’s head.

Just another day in paradise.

Which, ironically, is where Lucas Grey tells 47 that they are headed to next at the end of the level – right before the ominous TO BE CONTINUED splashed across the screen.

After XIII ended the game like that back in 2003, I’ve been a little bit scarred. At least give me a (The) Sopranos-style cut-to-black!

I suppose the difference here is, the fact overarching story told in cutscenes is very different than that told through either in-mission voiceover or through emerging gameplay. Hitman is a game where you can dive into a world and kill a target without needing to know all the nuts and bolts of their lives. XIII is an intensely narrative-driven action romp where context is essential.

I’m curious to see what some of the other achievements are for this DLC but I’m more than pleased for a solid first effort from IOI. I can’t wait to see what else they come up when they inevitably (shudder) ‘continue’ the series.